We had a great response to our competition to win a Miele vacuum cleaner which was open to all of our Privilege Club members. As promised, at the start of October we drew a winner from all the entries and out popped Mrs Lilly from Halesowen!

When we called her to let her know that she had won, she was thrilled as she says she’s never won anything before.

Mrs Lilly had been a loyal Multibrand customer for over ten years and over that time we’ve attended to her oven, fridge freezer and even managed to get her dishwasher up and running again one New Year’s Eve in time for a big party that night.

Mr Lilly tells me that that he’s normally in charge of the vacuuming but with the arrival of their first Miele appliance, all that may be about to change… 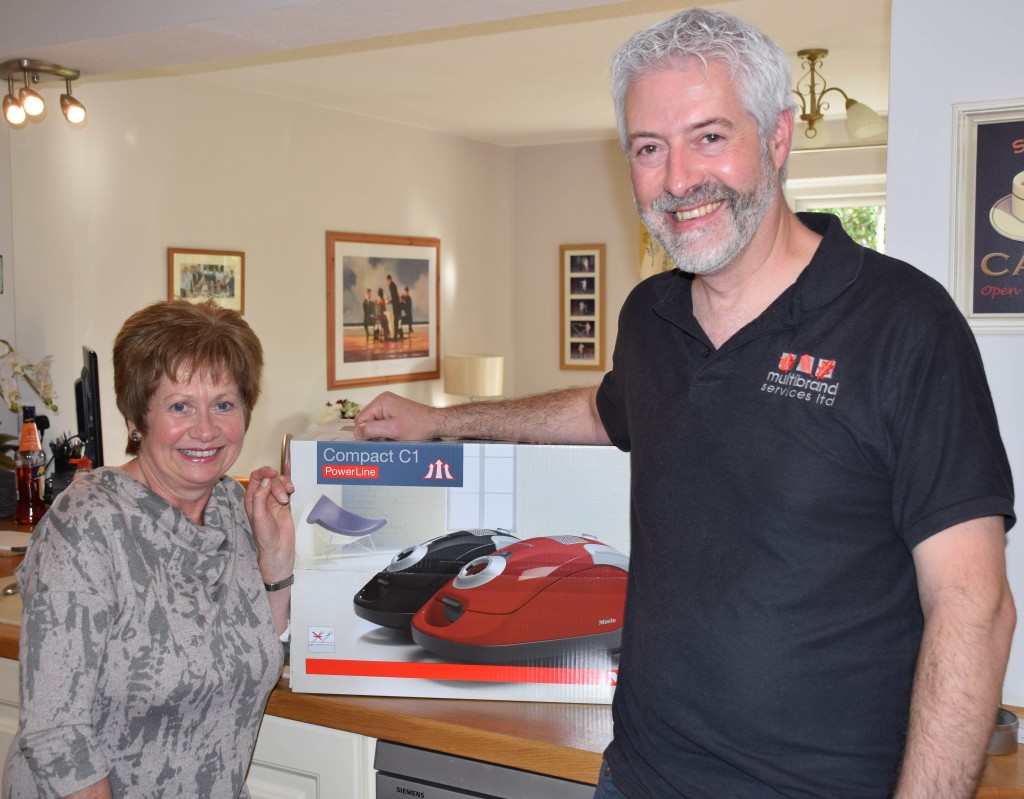 < Return to the news page

No matter what the age, brand or model, if one of your kitchen or laundry appliances isn’t performing as it should, you’ve found the right people to fix it for you.

You are currently on OUR domestic site

Multibrand has been quietly trading for 15 years supporting housing associations and property management companies in terms of their domestic and commercial appliances.