If you’ve ever tried to shift a washing machine, you’ll know that they’re not light to lift, and for a good reason! Most machines use a heavy concrete weight to counterbalance the drum and keep the machine stable when spinning a full load of wet washing. Of course, that weight is there constantly, including when you have to carry it into your kitchen! Until now that is…

A team of students at Nottingham Trent University have come up with a startlingly simple solution to this problem; replace the heavy weight with a light plastic container which is empty while the machine is in transit and can be filled with tap water once the machine has been installed. 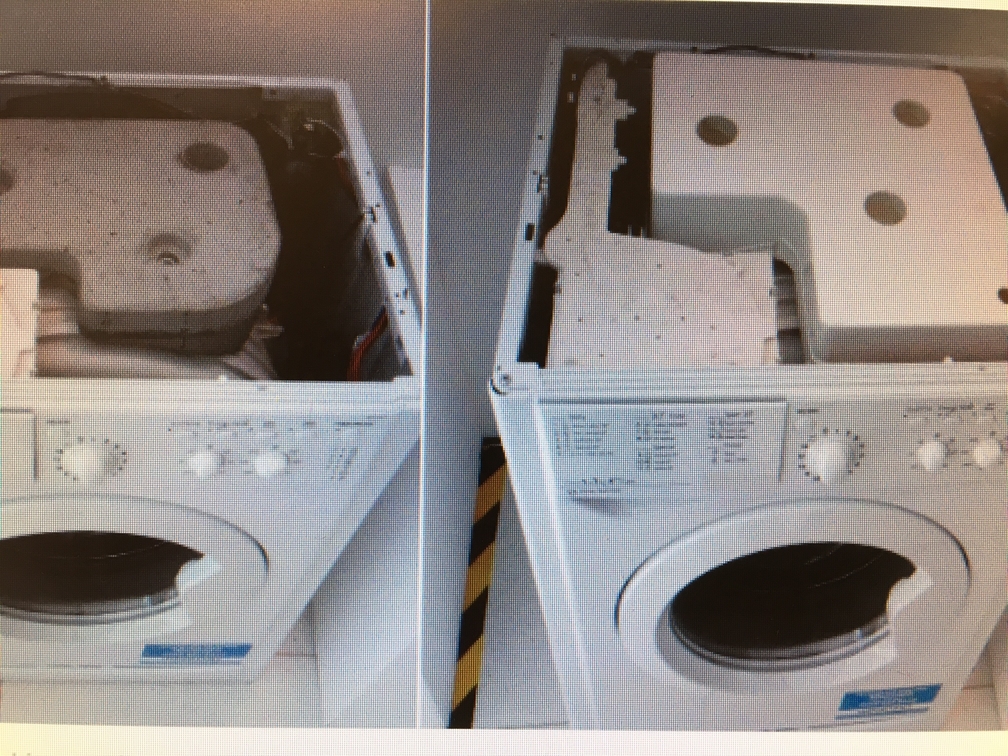 This makes the machine a third lighter to transport (saving fuel and reducing emissions for the haulage company) and places less strain on the people who have the job of moving them around. In addition, the University estimates that the CO2 released in the production of the concrete weights could be reduced by 45,000 tonnes based on the 3.5 million washing machines purchased in the UK each year.

Engineering Professor Amin Al-Habaibeh assisted undergraduate Dylan Knight to develop the simple design as part of his final project. Product Design company Tochi Tech who work closely with the University now hope that this innovation will be adopted by appliance manufacturers around the world.

< Return to the news page

No matter what the age, brand or model, if one of your kitchen or laundry appliances isn’t performing as it should, you’ve found the right people to fix it for you.

You are currently on OUR domestic site

Multibrand has been quietly trading for 15 years supporting housing associations and property management companies in terms of their domestic and commercial appliances.